It is no secret that war is on the horizon, and everyone knows that when it comes, it will not be pretty. We’re not talking about the perpetual wars and rumors of wars in distant lands, but the coming nuclear world war that will leave the planet in chaos and usher in the end, because no one would be able to survive. When that happens, Jesus will come to rescue His own and destroy those who destroy the earth!

And the nations were angry, and thy wrath is come, and the time of the dead, that they should be judged, and that thou shouldest give reward unto thy servants the prophets, and to the saints, and them that fear thy name, small and great; and shouldest destroy them which destroy the earth. (Revelation 11:18)

But any sane leader would know that in a world with so many interconnected interests in oil and trade of all kinds and increasingly many countries are flexing their nuclear muscles, using nuclear arms is sure to lead to a terrible end. It is not like it was in Japan during World War II, when the use of unrivaled nuclear force was a one-way street that could effectively put an end to the war!

Today, quite a number of nations have access to nuclear weapons, and it is questionable whether those in command of their use even understand the scale of destruction that they would bring!

But what will spark the last conflict that destroys the earth in a nuclear holocaust? According to the hit song from the 80s, it may be nothing more than 99 red balloons floating through the sky! The world is going mad for turning away the Holy Spirit, who is their Source of intelligence. They see good as evil and evil as good, and they will receive their woe.

Woe unto them that call evil good, and good evil; that put darkness for light, and light for darkness; that put bitter for sweet, and sweet for bitter! (Isaiah 5:20)

But God’s people have a means of escape! While the world’s elite hunker down in their bunkers, God’s elect will take hold of His wisdom, which the world esteems as madness, and thereby will be delivered! Yes, 99 red balloons may start the war that ends the world, but 144 mad balloons can save you from that end! How so, you ask?

What the world calls foolishness is what God uses for the demonstration of His power.

For the preaching of the cross is to them that perish foolishness; but unto us which are saved it is the power of God. (1 Corinthians 1:18)

But the preaching of the cross takes on a special form in these last moments of earth’s history! It is a form that many might never expect, but it has God’s fingerprints all over it! Join Operation “144,000 Balloons” by downloading the card and distributing them like snowflakes in a blizzard to warm the receiver with the saving wisdom of God, specially prepared for these end times. 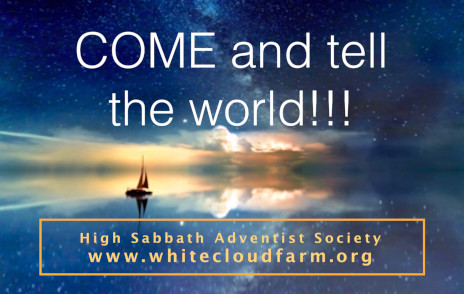 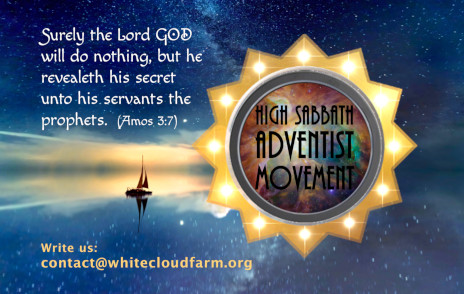