Signs and Wonders in Heaven

At no other time in history has there ever come together such an astounding array of signs and wonders as are gathered together and listed below. Truly “the heavens declare the glory of God; and the firmament sheweth his handywork!” These are not the general “signs of the times” that give no indication of specific dates. Rather, as the final events unfold, the Lord, in His great mercy, has given specific signs in the heavens that are described in the Bible to awaken the sleeping inhabitants of the earth to the urgency of the time in which we live.

The last Elijah has come, and through him, God has given the last trumpet warnings, which sound their alarm at very specific dates according to God’s clock in heaven! These are the wonders in heaven that Joel prophesied:

And I will shew wonders in the heavens and in the earth, blood, and fire, and pillars of smoke. (Joel 2:30)

These specific dates are revealed in heaven, while on the earth, there are reports of fire, smoke, and blood. The goal of this compilation is to show the overwhelming evidence of God’s hand in the trumpet warnings. The detailed heavenly signs of the trumpets in tandem with the heavenly signs from the harvest passage of Revelation 14:13-20, combined with prophetic events accompanied by blood, fire, and smoke on the earth, offer an imposing mountain of evidence that the Orion clock—with all its cycles[1] since Creation—is correct. It is time to look up and believe!

Together, these signs and wonders show that it is no longer accurate to say that the final events are coming, but rather, that they have already arrived and have been fulfilling with divine precision! This document shows that the world is hearing and seeing the last call of mercy before the great and dreadful day of the Lord, when it will be too late to change one’s ways.

The sun shall be turned into darkness, and the moon into blood, before the great and the terrible day of the Lord come. (Joel 2:31)

Will you heed God’s clear warnings and bring your life into order with His law? God does not want to scare you, but to call you to repentance, because only in harmony with His law, can a person have eternal life. The world at large has rejected God’s government, making their own laws—laws that require tolerance of sin—but God speaks in clear words, saying that the end of such ways is death.

There is a way that seemeth right unto a man, but the end thereof are the ways of death. (Proverbs 16:25)

The way of LGBT tolerance and the accommodation of same-sex marriage is the way of death. God wants to deliver man from sin. Is that what you want, too? Joel gives you good news!

The Format of this Document

Below, you will find the signs for the trumpets that have already begun to sound. This document has been updated with many signs and fulfillments reaching until the Second Coming, and it serves as a reference and testimony of God’s faithfulness.

The heavenly signs are categorized with the following visual markers:

After these signs, other related heavenly signs are listed in bullet form, followed by earthly events related to the trumpet prophecies. Events that provide fire, smoke, and blood, are included at the end of each trumpet’s section, and are indicated with a respective marker.

Relevant images and links to videos and articles with more information are provided throughout, and we invite you to utilize these for further study. 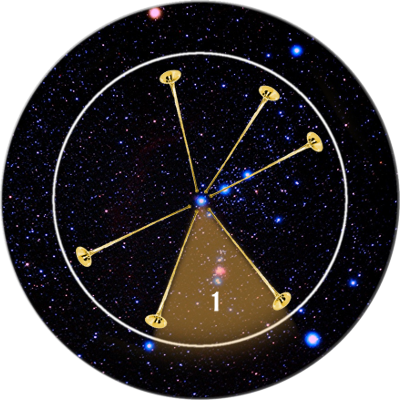 And I heard a voice from heaven [of the Lion of the tribe of Judah[2]] saying unto me, Write, Blessed are the dead which die in the Lord from henceforth: Yea, saith the Spirit, that they may rest from their labours; and their works do follow them. (Revelation 14:13)

Other Heavenly Events Related to the First Trumpet 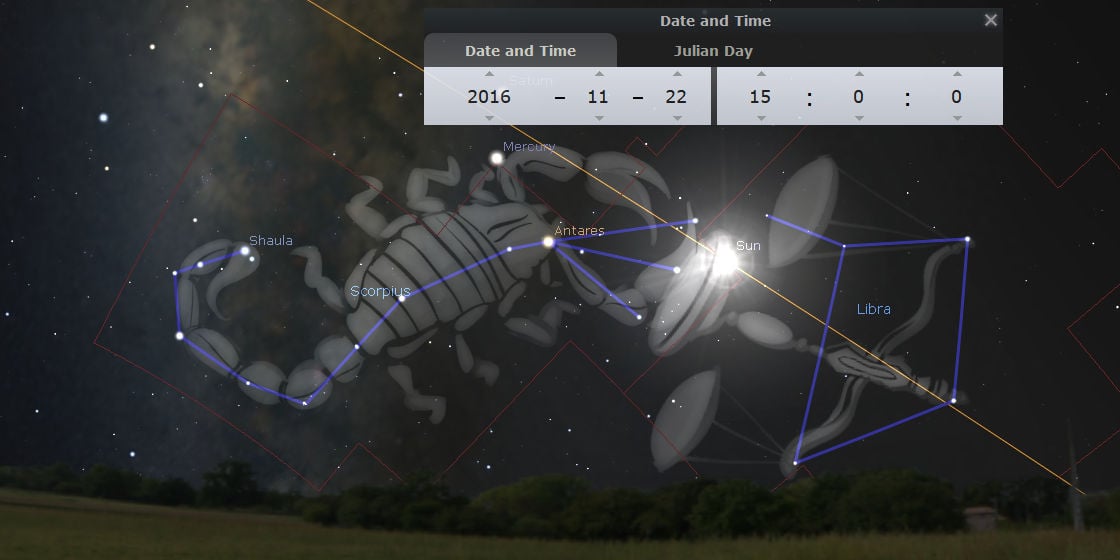 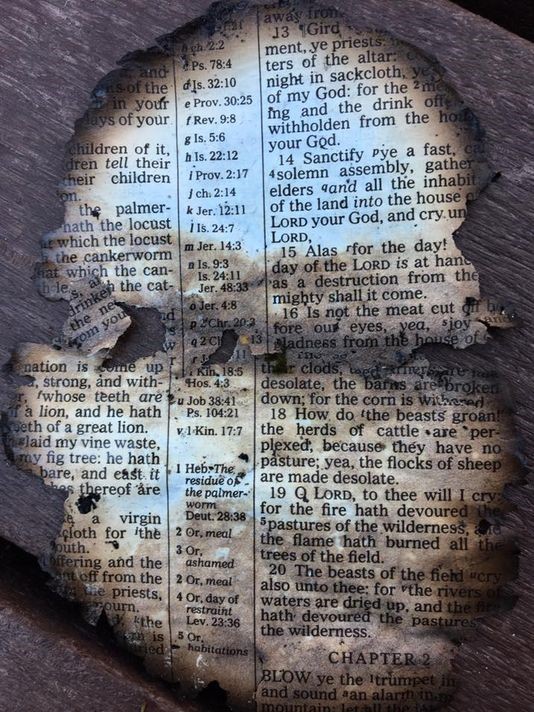 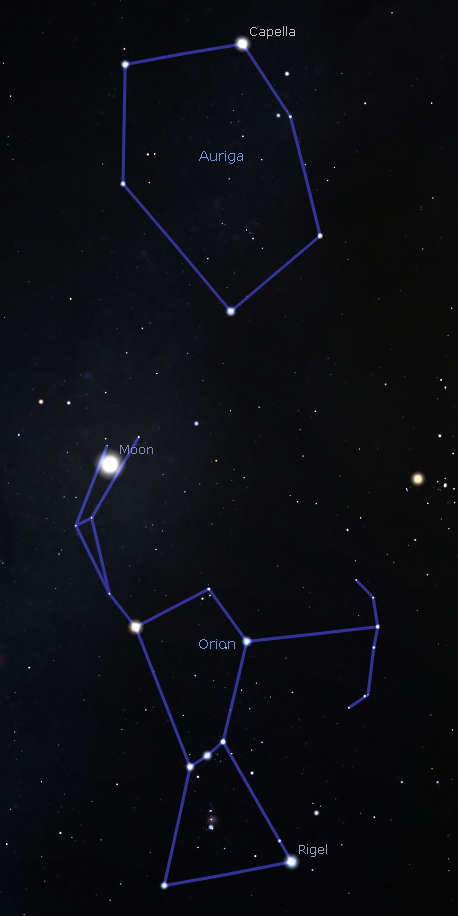 And I looked, and behold a white cloud, and upon the cloud one sat like unto the Son of man, having on his head a golden crown, and in his hand a sharp sickle. (Revelation 14:14)

Other Heavenly Events Related to the Second Trumpet 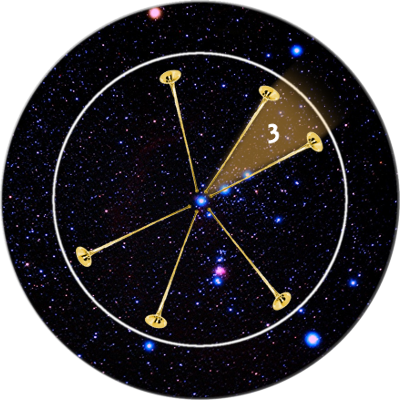 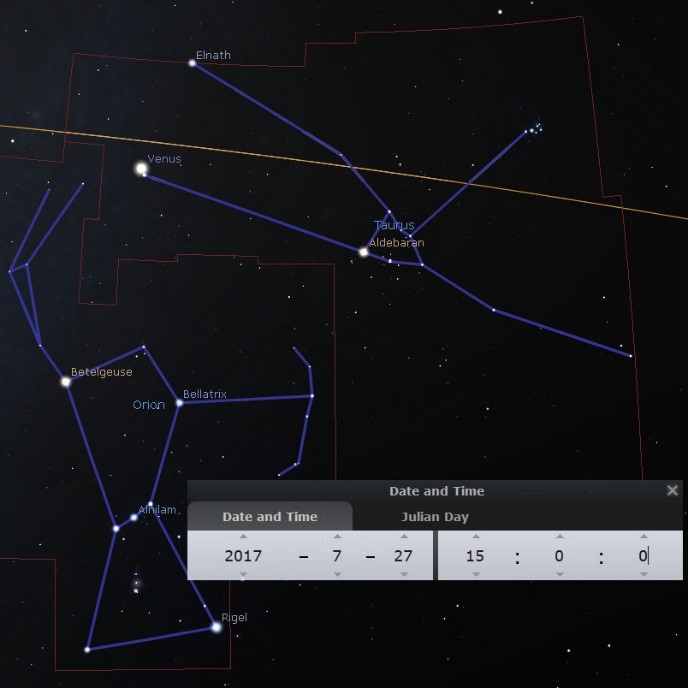 And another angel came out of the temple, crying with a loud voice to him that sat on the cloud, Thrust in thy sickle, and reap: for the time is come for thee to reap; for the harvest of the earth is ripe. (Revelation 14:15)

Other Heavenly Events During the Third Trumpet

Earthly Events During the Third Trumpet 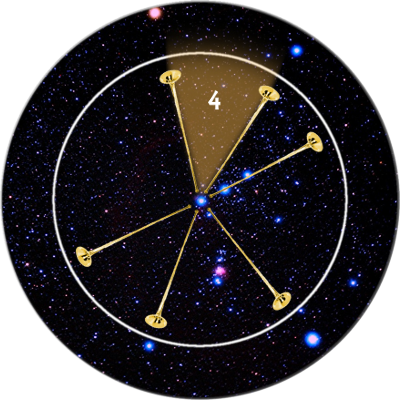 And he that sat on the cloud thrust in his sickle on the earth; and the earth was reaped. (Revelation 14:16)

Other Heavenly Events Related to the Fourth Trumpet 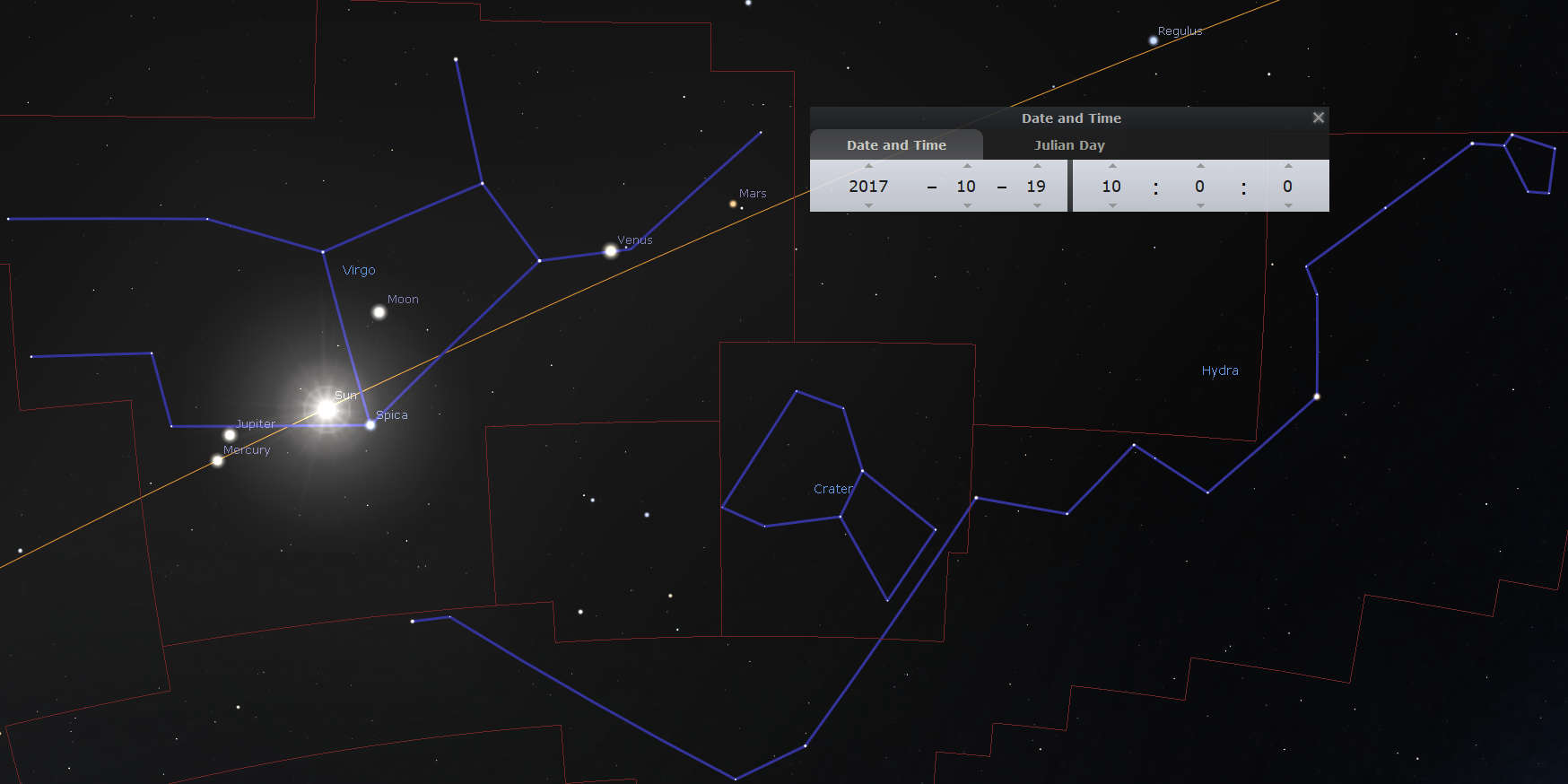 Earthly Events During the Fourth Trumpet 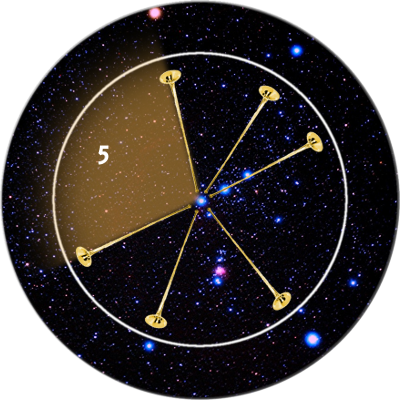 And another angel came out of the temple which is in heaven, he also having a sharp sickle. (Revelation 14:17)

Other Heavenly Events Related to the Fifth Trumpet

Earthly Events During the Fifth Trumpet 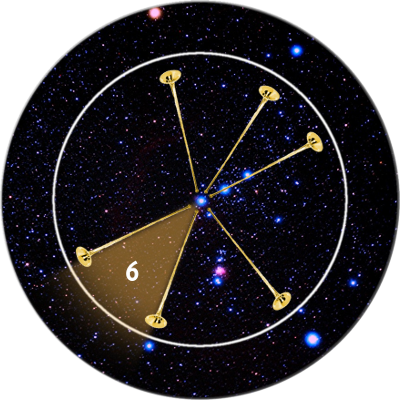 And the sixth angel sounded, and I heard a voice from the four horns of the golden altar which is before God, Saying to the sixth angel which had the trumpet, Loose the four angels which are bound in the great river Euphrates. (Revelation 9:13-14) 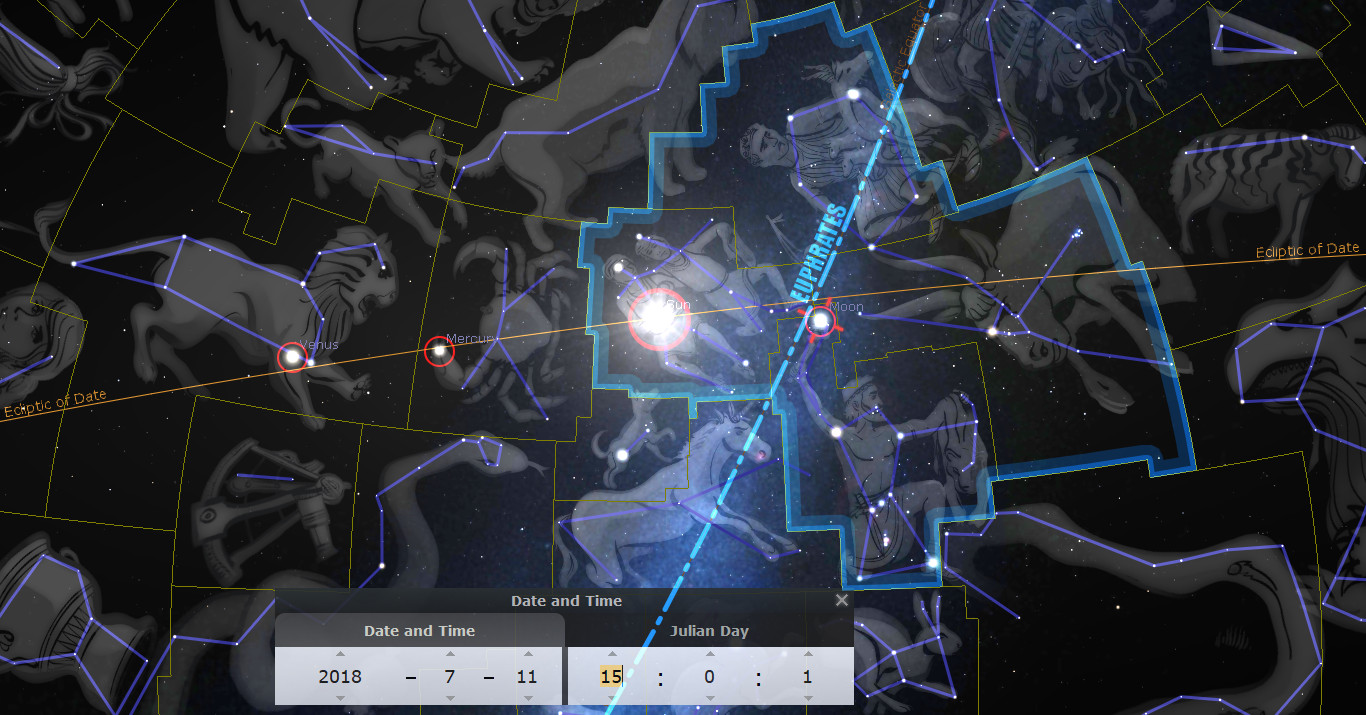 And the four angels were loosed, which were prepared for an hour, and a day, and a month, and a year, for to slay the third part of men. And the number of the army of the horsemen were two hundred thousand thousand: and I heard the number of them. And thus I saw the horses in the vision, and them that sat on them, having breastplates of fire, and of jacinth, and brimstone: and the heads of the horses were as the heads of lions; and out of their mouths issued fire and smoke and brimstone. By these three was the third part of men killed, by the fire, and by the smoke, and by the brimstone, which issued out of their mouths. (Revelation 9:15-18) 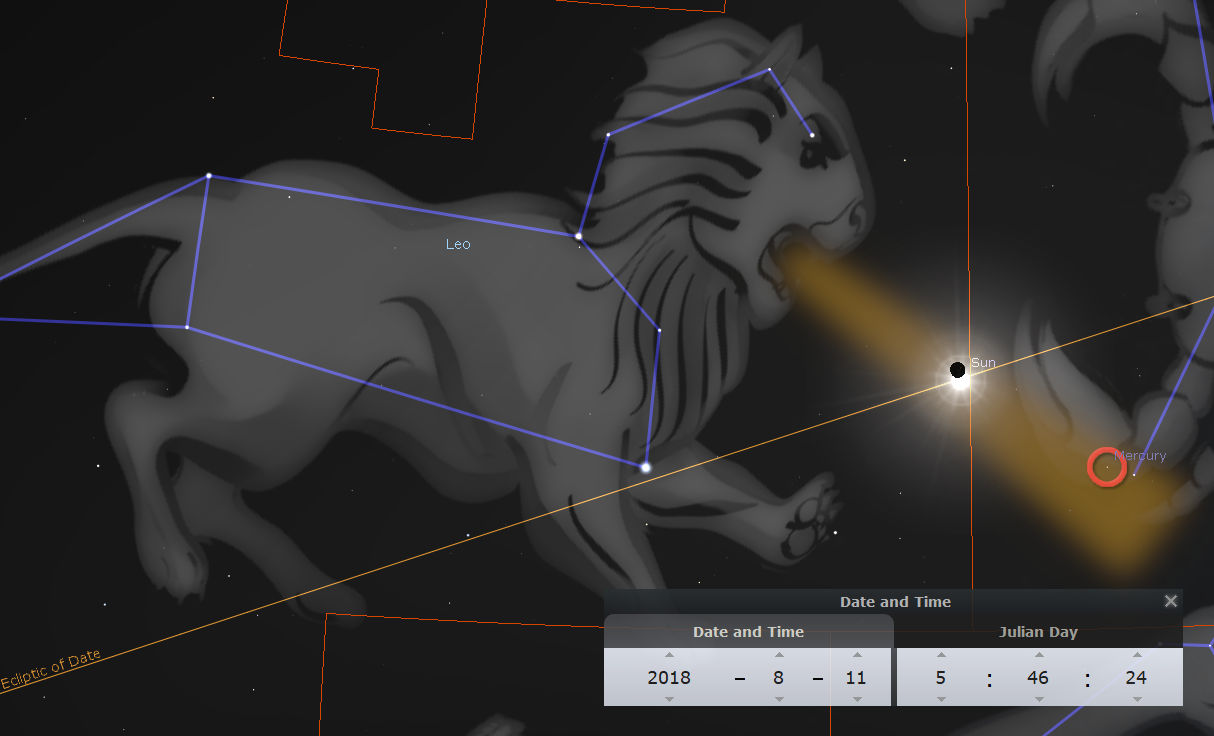 Other Heavenly Events Related to the Sixth Trumpet

And another angel came and stood at the altar, having a golden censer; and there was given unto him much incense, that he should offer it with the prayers of all saints upon the golden altar which was before the throne... And the angel took the censer, and filled it with fire of the altar, and cast it into the earth: and there were voices, and thunderings, and lightnings, and an earthquake. (Revelation 8:3,5)

And another angel came out from the altar, which had power over fire; and cried with a loud cry to him that had the sharp sickle, saying, Thrust in thy sharp sickle, and gather the clusters of the vine of the earth; for her grapes are fully ripe. (Revelation 14:18)

Earthly Events During the Sixth Trumpet 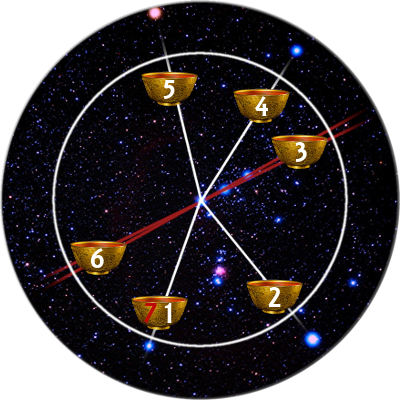 After the main text of the sixth trumpet, the Bible inserts an interlude, which we have explained points to the seven last plagues as taking place at that time, and the seventh trumpet that sounds at Jesus’ return coincides with the seventh plague. (See The Stench of the First Plague, Part II.) 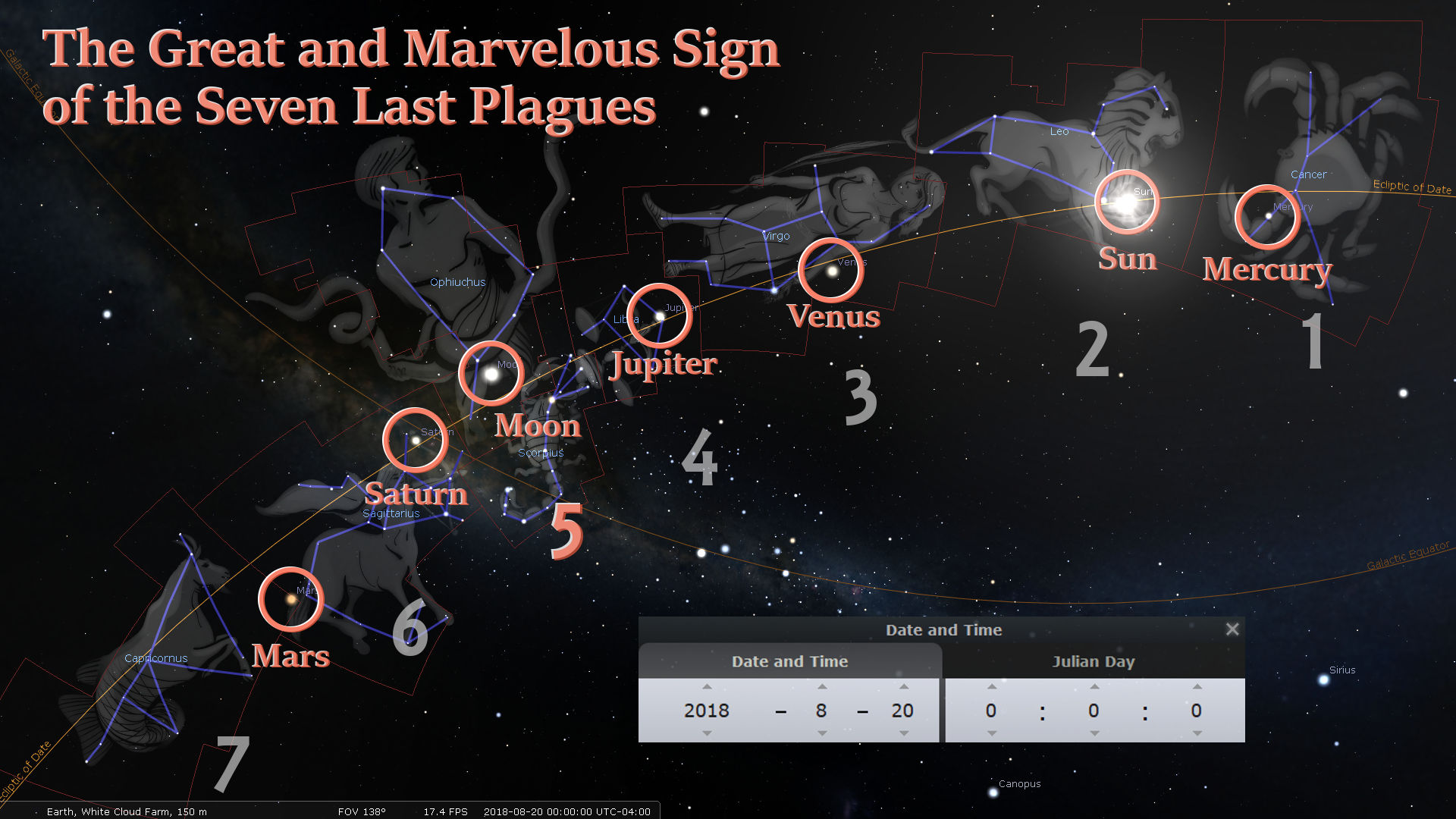 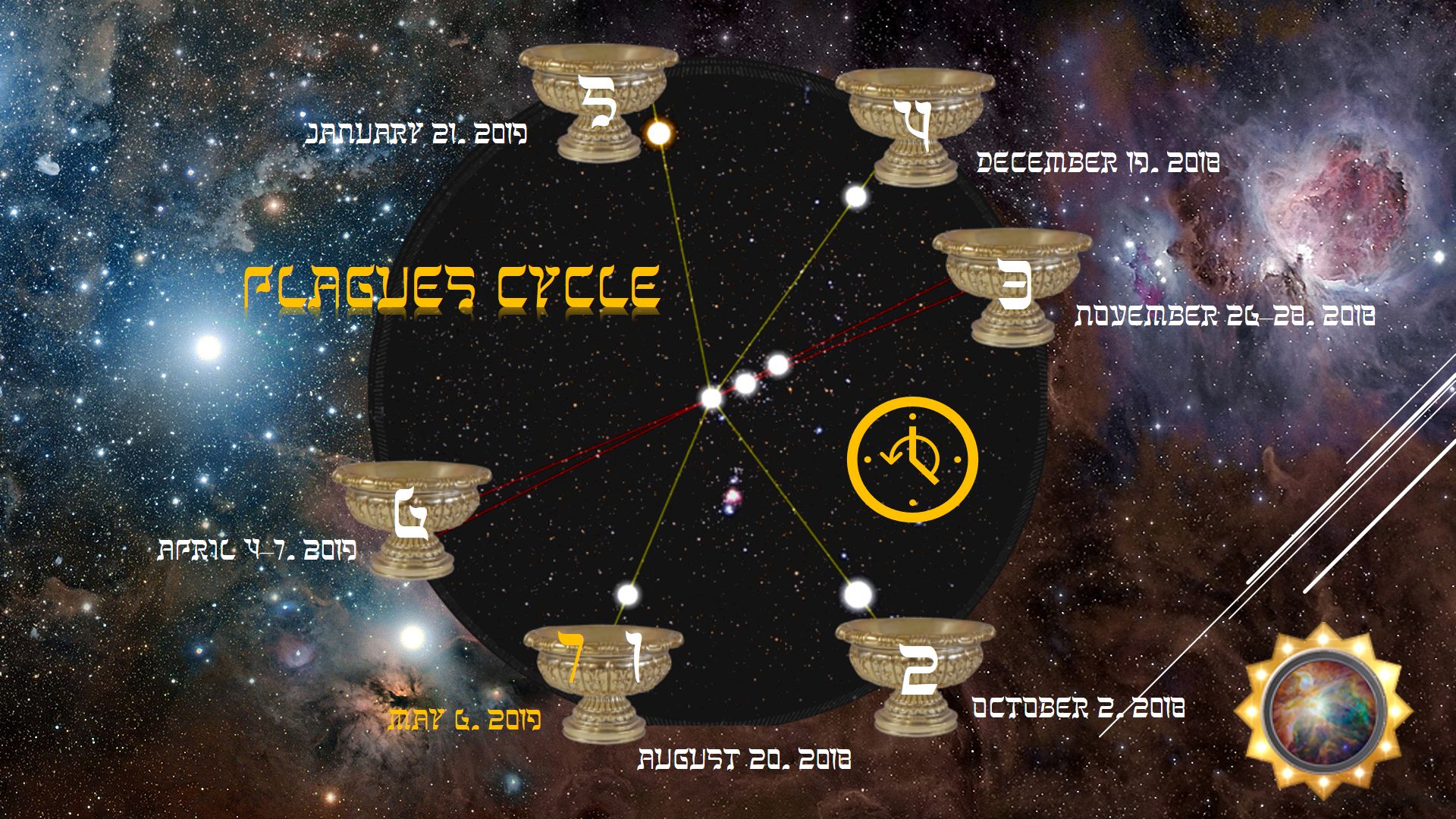 The fulfillments of the plagues have been documented in The Loud Cry category on our website. 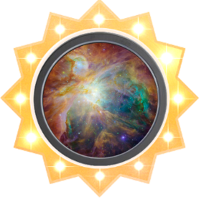 And the seventh angel sounded; and there were great voices in heaven, saying, The kingdoms of this world are become the kingdoms of our Lord, and of his Christ; and he shall reign for ever and ever. (Revelation 11:15)

And I saw heaven opened, and behold a white horse; and he that sat upon him was called Faithful and True, and in righteousness he doth judge and make war.… And the armies which were in heaven followed him upon white horses, clothed in fine linen, white and clean. (Revelation 19:11,14) 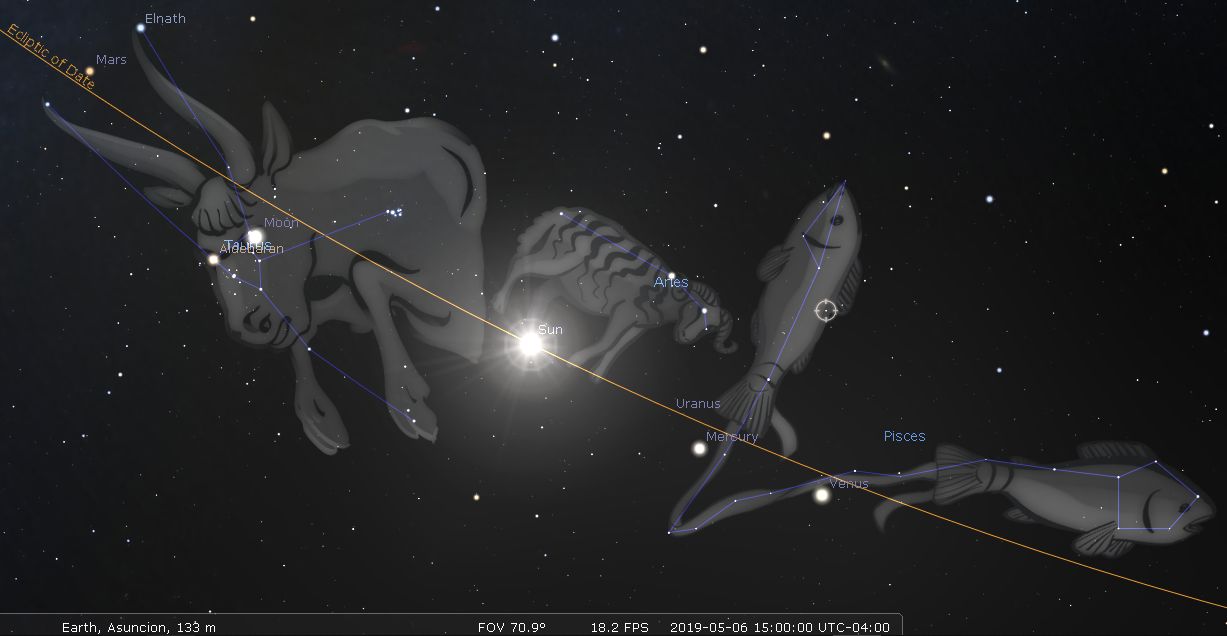 And, behold, I come quickly; and my reward is with me, to give every man according as his work shall be. I am Alpha and Omega, the beginning and the end, the first and the last. Blessed are they that do his commandments, that they may have right to the tree of life, and may enter in through the gates into the city. (Revelation 22:12 14)

Those whose works were done by faith in Christ are gathered with Him, while the workers of iniquity are cast as overripe grapes into the winepress of the wrath of God. 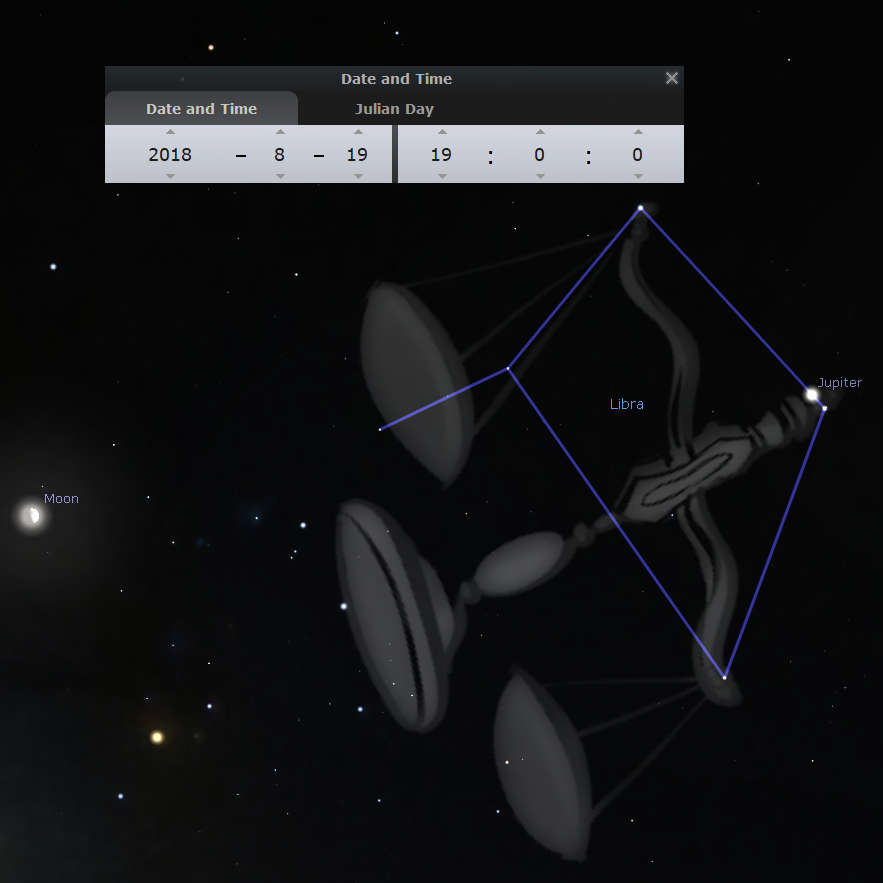 It is at midnight that God manifests His power for the deliverance of His people. The sun appears, shining in its strength. Signs and wonders follow in quick succession. The wicked look with terror and amazement upon the scene, while the righteous behold with solemn joy the tokens of their deliverance. Everything in nature seems turned out of its course. The streams cease to flow. Dark, heavy clouds come up and clash against each other. In the midst of the angry heavens is one clear space of indescribable glory, whence comes the voice of God like the sound of many waters, saying: “It is done.” Revelation 16:17. {GC 636.2}

1.
The Orion clock began with creation and its great cycle extended to the birth of Christ. See Christmas 2.0. The 11th hour judgment cycle was the first to be discovered; see our flagship presentation, The Clock of God in Orion. For the trumpet cycle, please see the entire Prophecies Fulfilled section on our website. The final and ongoing plague cycle is documented in The Loud Cry. ↑
2.
Revelation 5:5 – And one of the elders saith unto me, Weep not: behold, the Lion of the tribe of Juda, the Root of David, hath prevailed to open the book, and to loose the seven seals thereof. ↑
3.
Wikipedia – November 2016 Israel Fires ↑
4.
The four outer stars in Orion represent the four living creatures, and the faces are assigned in clockwise order according to Revelation 4:7. Although the trumpet clock runs counterclockwise, the four living creatures keep the same face from the clockwise assignment. ↑
5.
Consult any commentary for more information. ↑
6.
The wound by a sword may be understood to be the wound to the papacy by the Reformation, which inflicted it with the “sword” of the Bible as the basis of reform. ↑
7.
1 Corinthians 15:20 – But now is Christ risen from the dead, and become the firstfruits of them that slept. ↑
8.
1 Thessalonians 4:16-17 – For the Lord himself shall descend from heaven with a shout, with the voice of the archangel, and with the trump of God: and the dead in Christ shall rise first: Then we which are alive and remain shall be caught up together with them in the clouds, to meet the Lord in the air: and so shall we ever be with the Lord. ↑
0
Shares