An Ocean of Blood 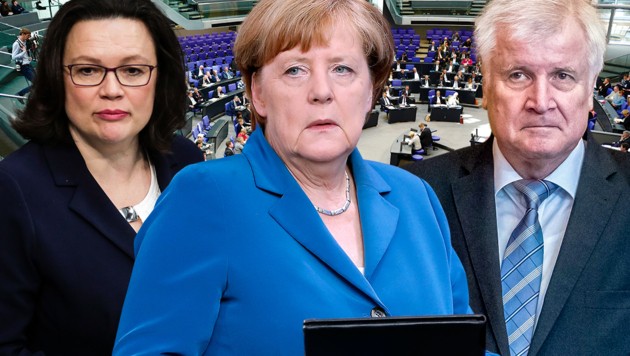 The elections last Sunday in the state of Bavaria in my former homeland, Germany, turned into anguish for Chancellor Merkel, and the distressing predictions of the pollsters before the election were fulfilled. They had forecasted a complete collapse of the important sister party (CSU) to the party she still chairs (CDU), and thus Merkel suffered a very personal plague.

Commentators now see that the triumph of the right-wing parties such as the AfD, which the Jews probably rightly call “right-wing radical,” is rocking Europe like an earthquake. God had in part referred to the mindset of a dead man when, at the beginning of the second plague on October 2, 2018, He pointed exactly between two important dates in connection with the terror from the right.

Nevertheless, the exact date of October 2, 2018, which is indicated on God’s plague clock, is now on everyone’s lips in connection with the blood of a recently-murdered man: Jamal Khashoggi. Two weeks after his cowardly assassination by 15 hitmen of the Saudi Arabian Crown Prince “MbS”, that name is now known by everyone who watches even a little news or just skims the headlines. 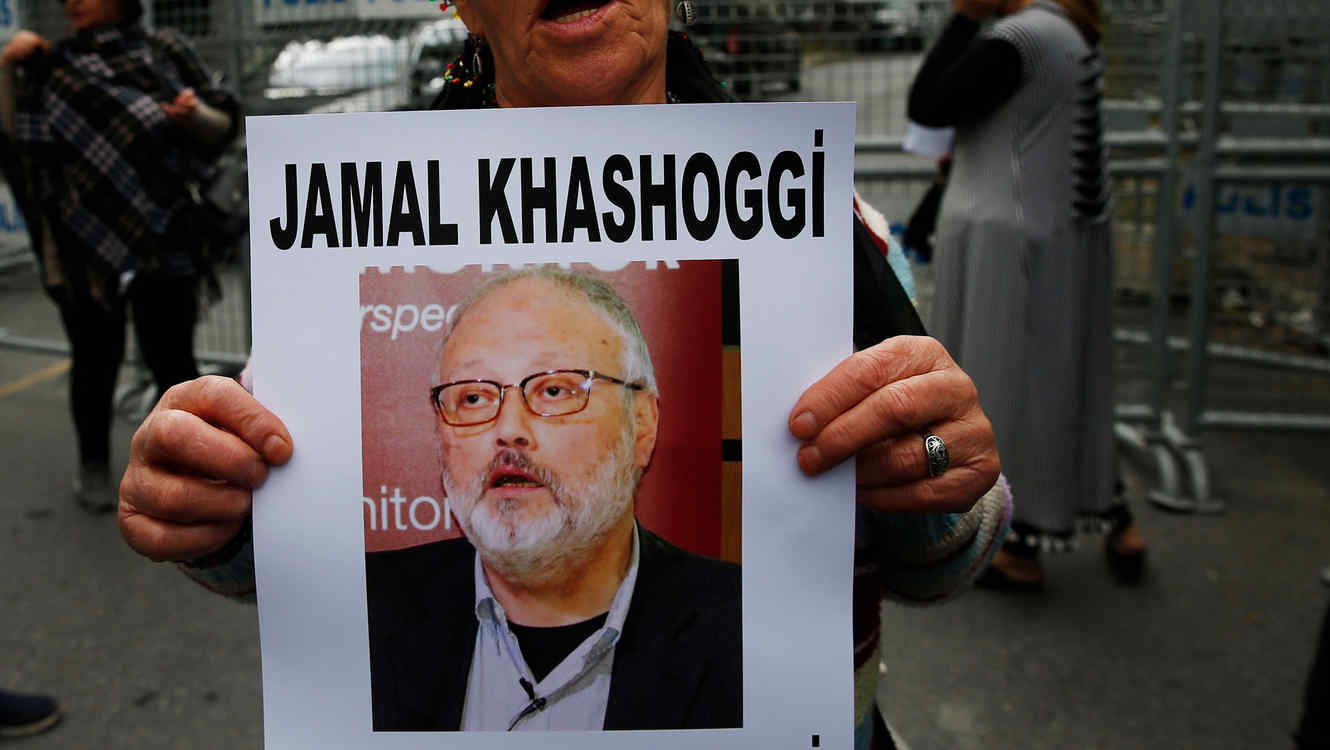 As I predicted in my second article in this section, a dark oil slick is beginning to spread across the ocean. It stems from a “tanker accident” that couldn’t be bigger: Saudi Arabia, the largest oil exporter in the world, collided with the mightiest power in the world, the USA, because of this man’s blood.

Trump sees himself surrounded from all sides and doesn’t know how to escape the oil slick that threatens to turn his midterms into a catastrophe. Ethically, and being pressured by Congress and all the press in the Western world, he sees himself in the dilemma of whether to impose sanctions on Saudi Arabia if more evidence is found of their guilt for the death of the free press. On the other hand, Saudi Arabia is now threatening, for even the smallest sanctions, to impose increased counter sanctions, and of course this concerns the only commodity that the desert country has to offer: the crude oil that the whole world needs all the more, now that the USA has banned imports from Iran to its allies. Oil will therefore be in short supply on the world market, and what we children of the 1970s oil crisis always feared will now escalate into a global economic crisis that will affect everyone. 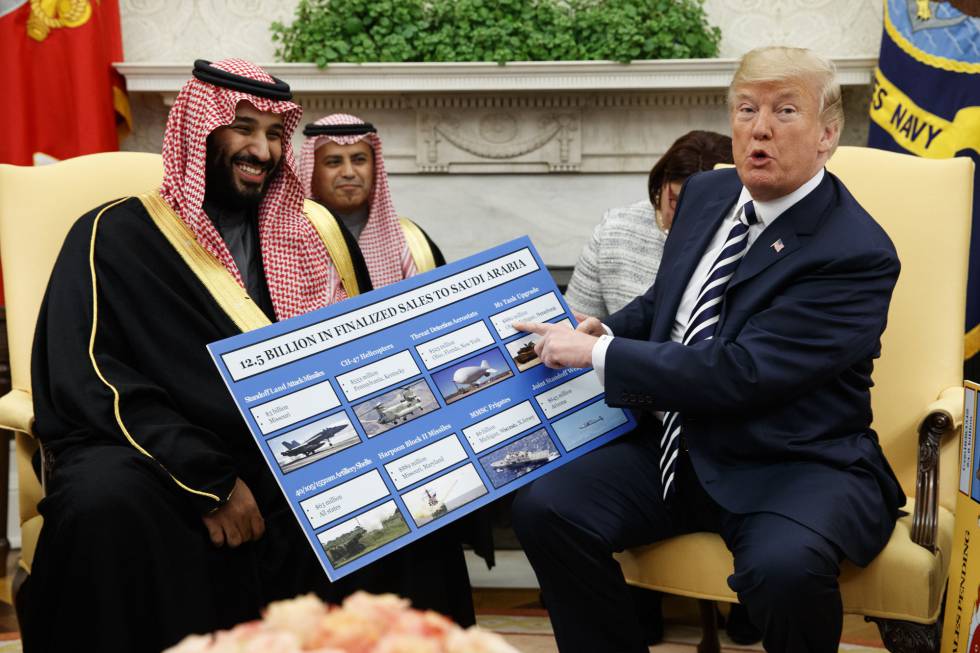 Last Sabbath, therefore, God saw that the time had come to tell us how to correctly interpret the rest of the verse of Revelation 16:3.

And the second angel poured out his vial upon the sea [Europe]; and it became as the blood of a dead man [Jamal Khashoggi]: and every living soul died in the sea. (Revelation 16:3)

Let us now discuss the highlighted part of this text, which contains two important symbols: 1) all the living souls who will die, and 2) a seemingly unnecessary repetition of the term “sea”, which one is tempted to interpret as “Europe” as well. But we will soon see that in fact two different seas are meant. Nothing in the Word of God is unnecessary; everything serves for instruction![1]

Every Sabbath, our children recite a more-or-less timely passage from the Bible, and this time the verses of Revelation 8:8-9 were chosen by the parents, since the second trumpet is of course connected with the second plague, which is where we now find ourselves. As you read the verses, note that I have again marked which parts took place in heaven (made visible by Stellarium) and which part took place on earth:

Here is a prime example of how God warned of the imminent end with signs in heaven, and yet made it true that stubborn Christianity, which absolutely refused to look up,[2] did not receive any sign, just like another adulterous nation of God before it.[3]

The wannabe biblical scholars who wait to see a blazing asteroid as big as a mountain literally fall into the ocean before they would approve of the trumpet warning as having been fulfilled, should bear in mind that such an extinction-level event could hardly represent a warning, since afterwards no one would be left who could “hear” the warning of the third trumpet.

Yet, in the second trumpet, we still had difficulty with the interpretation of the last and emphasized part of the trumpet verse: “and the third part of the ships were destroyed.” Now, since we know the interpretation of the fifth and sixth trumpets with the economic war of the USA against China and other countries, we see our earlier view confirmed that the “ships” must be the biblical symbol for trade and economy. That “a third of the ships” would sink in a trumpet WARNING, therefore, had to mean that in the core time of this trumpet, preparations were made to attack a significant part of the world economy. The trumpets always warned of the danger of war! The last three woes are then the war itself, and if a plague text repeats the pictorial language of the trumpet, then it no longer concerns just a third of the ships or the sea, but the entire ocean.

Yes indeed! If you look again at the Peterson Institute’s well-known table on the development of the trade war, you can see that the beginning of preparations for the battle for steel and aluminum tariffs, which subsequently became very significant, lies exactly in the core time of the second trumpet from March 6 to July 19, 2017:

In Part I of the Stench of the First Plague, we showed how this trade battle would, in fact, later affect one third of the world’s population. The beginning of—or preparations for—the other three battles, which the Peterson Institute still lists, took place later, and since there’s one battle that has not even taken place yet (Battle 4 for the automobile industry), one could also say that “a third part” of the three trade battles fought so far, began exactly in the core time of the second trumpet. For a long time, we were afraid that it could be “living people possessing a soul,” that is, Christians in the narrower sense, who would have to die. But one thing the symbolism could never mean: real sea creatures, whether fish or other creatures in the literal sea, because that would break the rule that the texts of a prophetic book must be understood and interpreted symbolically.

Life has the following basic characteristics defined by biologists:[4]

And—in a figurative sense—stocks or assets also have exactly these properties:

However, the biologists omit one characteristic of life that also affects all living beings: death.

Death is part of life. That is an old adage. And stocks can also die and even bleed. Negative values—i.e., stock or blood losses—are shown in red on the stock exchange ticker boards. Just a few days after the blood of Jamal Khashoggi flowed in the Saudi Arabian consulate in Istanbul, the “living creatures” in the economic ocean also began to “bleed.” An economic expert commented with an image of the stock exchange board on October 11, 2018: 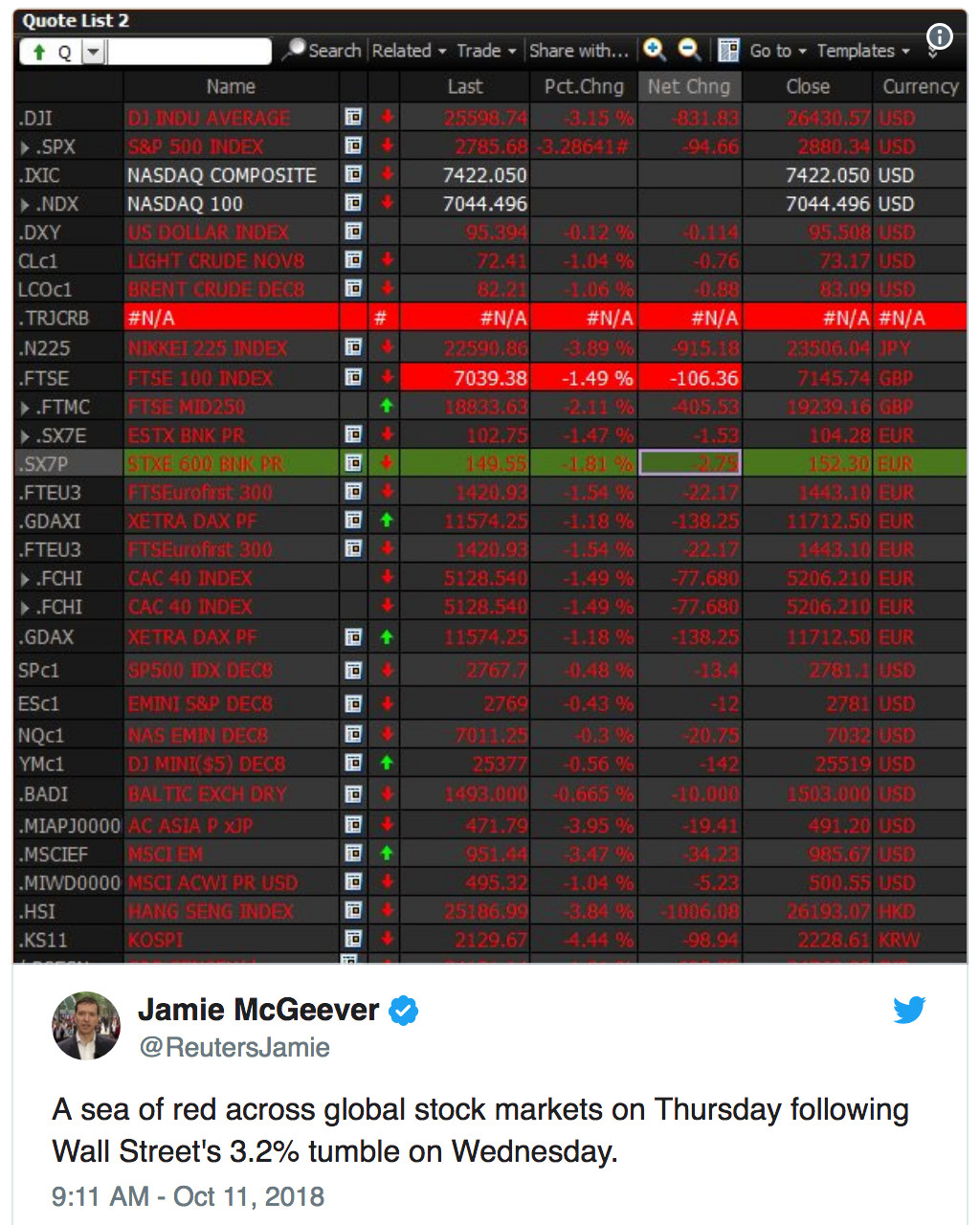 There you have it, friend or foe! Nobody can deny it any more: October 2, 2018 was the prelude to the funeral march for all sea creatures, and Saudi Arabia’s mere threat of triggering a global economic crisis has already triggered it.

When the oil no longer reaches its destinations, it doesn’t matter whether it was an unprecedented tanker disaster that prevented it from arriving, or because the Saudis simply turned off the oil tap. The oil spill will choke the last of the “living” stocks and their blood is already staining the economic ocean red. Has it now become clear why God mentions two “seas” in His prophecy about the second plague?

May God be gracious to those who have not heard God’s warnings of recent years and have not left Babylon in time!

1.
2 Timothy 3:16-17 – All scripture is given by inspiration of God, and is profitable for doctrine, for reproof, for correction, for instruction in righteousness: That the man of God may be perfect, throughly furnished unto all good works. ↑
2.
Luke 21:28 – And when these things begin to come to pass, then look up, and lift up your heads; for your redemption draweth nigh. ↑
3.
Matthew 16:4 – A wicked and adulterous generation seeketh after a sign; and there shall no sign be given unto it, but the sign of the prophet Jonas. And he left them, and departed. ↑
4.
The list varies slightly depending on the source, and the linked website separates “nutrition” and “excretion” from metabolism, as is presented here from the original German source. ↑
0
Shares